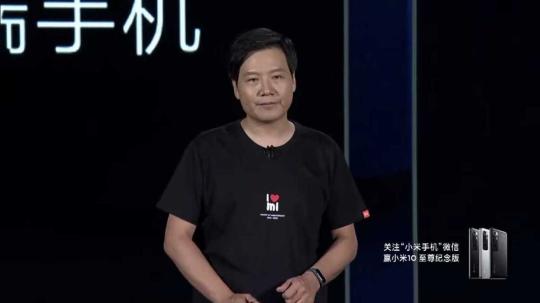 Lei Jun, founder and CEO of Xiaomi, introduces the Xiaomi smart factory during a keynote speech, Aug 11, 2020. [Photo/screenshot from Xiaomi]

Chinese smartphone maker Xiaomi's smart factory in Yizhuang, Beijing has been completed and put into production, according to Lei Jun, founder and CEO of Xiaomi, during the company's 10th anniversary event on Tuesday.

In the keynote speech, Lei unveiled Mi 10 Ultra, the first premium smartphone model with a transparent rear cover assembled in Xiaomi's new smart factory. Covering an area of 18,600 square meters, the factory is equipped with a fully automated production line spanning processes from production management to machine processing, packaging and storage, according to the company.

With an annual production capacity of over 1 million units, the factory undertakes the production for some of Xiaomi's flagship smartphones and the preresearch for new processes, materials and technologies, as well as R&D in smart equipment and fully automated production lines.

"Xiaomi hopes to use technology to help China's manufacturing industry make progress, further improving efficiency and quality," said Lei. He also revealed that there will be a second phase of the smart factory three years later.

Founded in April 2010, Xiaomi's products are now present in more than 90 markets around the world, according to the company. It was ranked 422nd on the Fortune Global 500 list of 2020 released on Aug 10.

WHO in contact with Russia on new COVID-19 vaccine: spokesma